The Fondazione Coppola resumes its exhibition activities with the solo exhibition of the Austrian artist Markus Schinwald (b. Salzburg, 1973), curated by Davide Ferri. The exhibition will open to the public until July 31st 2021.

The title, Misfits, refers to the works selected for the exhibition and also provides a key for understanding Schinwald’s artistic creations in general. It is particularly appropriate as regards the most salient characteristics of the works has produced over the past twenty years, in which the body and the figure are altered by disturbing details and frozen in alienating poses, with processes of manipulation that can also affect everyday objects such as household furniture. 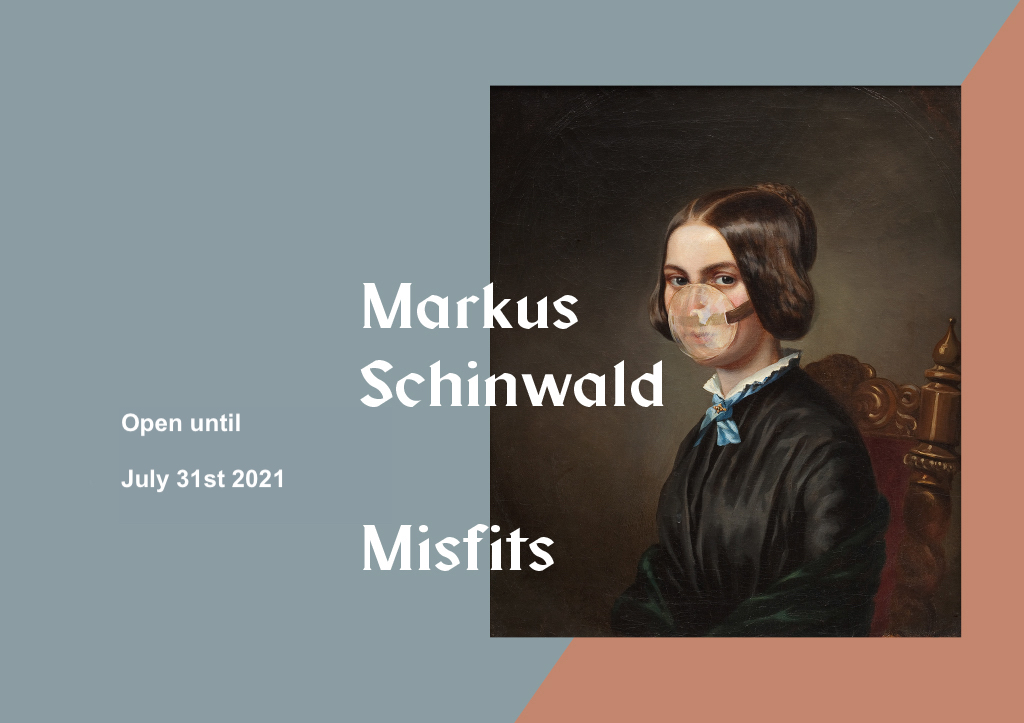 Displayed on all five levels of the medieval tower known as the Torrione, the exhibition includes installations and sculptural works, as well as paintings and videos: somewhat heterogeneous artworks which testify to Schinwald’s eclectic attitude, while clearly revealing the fundamental constants of his creative approach. The exhibition opens with a series of animated Marionettes, a group of twelve children in various poses that express impatience and mild rebellion. Supported and manipulated by slender threads, they tap their feet and shake their arms in repetitive motions, creating a rhythm that is visual as well as audible. Like a small band of gangsters they are both fragile and farcical, two characteristic qualities that are central to the exhibition.

The first and second levels of the building are dedicated to Schinwald’s paintings, typical examples of his approach over the past decade, which consists of a tribute to, as well as an irreverent re-examination of, the historical pictorial tradition. This is expressed by the artist’s tampering with nineteenth-century aristocratic portraits, by adding and inserting various alienating details – strange interferences such as prostheses, masks, erasures and weird excrescences – which disturb the calm composure of the sitters’ poses. The faces that Schinwald paints are thus transformed into disquieting and enigmatic images that are far from reassuring, and that contrast with their contexts and settings – mostly bourgeois interiors – as well as with the whole tradition of portraiture as a pictorial genre.

These personages emanate a strange tension, generated by the contrast between the respectability appropriate to their social class and a sense of limitation and constraint, which almost reaches levels of depravity, suggested by the extraneous elements that alter or conceal their faces.

The theatricality of the Marionettes and the vaguely unsettling quality of the paintings are also distinctive characteristics of the videos on the third and fourth floors of the Torrione, entitled Orient A and Orient B. They are pervaded and supported by mysterious and disconcerting atmospheres, with groups of performers – who almost look like real-life representations of the figures in the paintings – carrying out actions without any apparent meaning. These figures grapple with physical limitations and movements that weaken their bodies, against a background of abandoned scenarios that augment the prevailing sense of decadence and of grotesque tragedy.

Schinwald’s repertoire also includes sculptures assembled from the legs of Chippendalestyle tables, which are on display at the highest level of the building, a belvedere vantage point from which the visitor can enjoy an unparalleled view of the city and surroundings of Vicenza. This is where the ascending itinerary of the exhibition culminates, as does the work of the Austrian artist himself, in a crescendo leading to this series of sculptures in which the familiar takes on a sinister shape. Table legs are transfigured into alienated, genetically modified organisms, caught in improbable poses and subtly erotic gestures. Whether he is dealing with human figures or with inanimate objects, the artist’s imagination always leads him towards the creation of unsettling forms.

The exhibition therefore presents us with a broad overview of the poetic vision of one of the most important European artists with an international relevance who, after his crowning success at the Venice Biennale in 2011, where he represented his country, now gives us the opportunity to enjoy a new individual exhibition of his work in Italy, in a suggestive architectural setting that can expand and enhance the impact of Schinwald’s artistic images and creations.

The Fondazione Coppola recommends booking a visit to the exhibition in advance, as the particular architectural conformation of the Torrione places some limits on access by the public. For information on the modalities of access and booking send an e-mail to info@fondazionecoppola.org or telephone +39 0444 043272.