In 2019 the Fondazione Coppola opened its venue the Torrione of Vicenza for the exhibition La Torre curated by Davide Ferri. This double solo show dedicated to the artists Neo Rauch (b. Leipzig, 1960) and Rosa Loy (b. Zwickau, 1958) and held from May 5th to August 31st 2019 was their first solo exhibition to be held in Italy. The driving force behind it was the entrepreneur and patron of the arts, Antonio Coppola, who purchased the Torrione and then donated it to the City of Vicenza in exchange for the rights to use it as the headquarters of his foundation for 30 years. The ancient building was meticulously restored by UP3 Architetti Associati under the supervision of the Superintendency of the Ministry of Cultural Heritage and Activities, and it was then returned to the city as an important public resource and a centre dedicated to contemporary art. 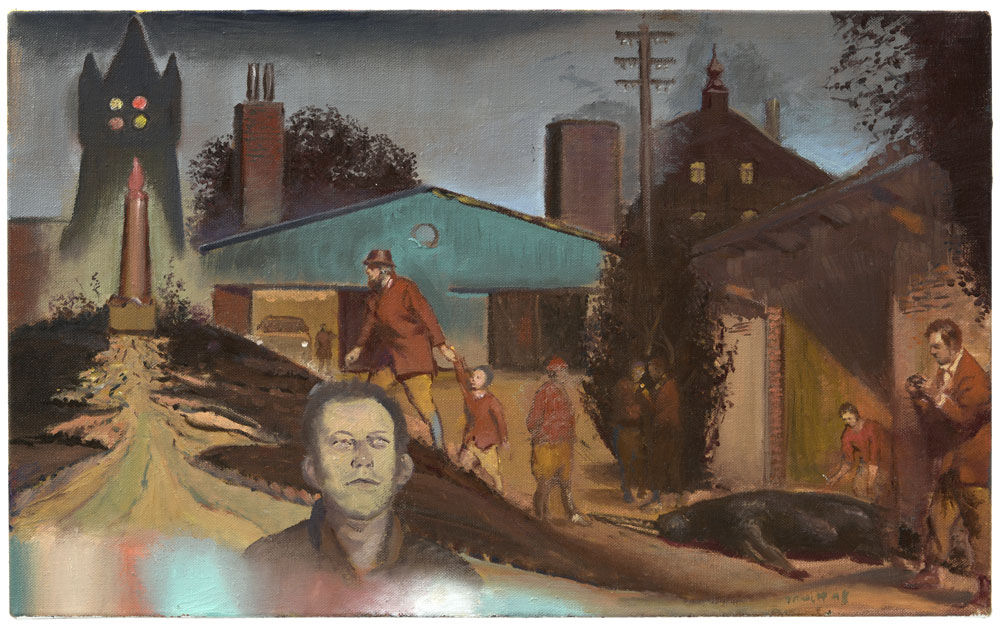 The first show, featuring a series of paintings and drawings by Neo Rauch and Rosa Loy that had never been previously exhibited, was conceived expressly for the spaces of the Torrione and it offered visitors the chance to appreciate the work of two of the foremost international painters in recent decades. The two artists are closely linked to the city of Leipzig, where a figurative approach that began in the early 20th century continued into the third millennium. The Leipzig school has exercised an important influence on several generations of German artists.

Neo Rauch played a crucial role in the years following the transition from the GDR to a re-unified Germany. Acting as a liaison between different generations of artists, and a reference point for the painters of the New Leipzig School, he has constantly reformulated his figurative language through a contamination of different elements and cultures, which include East German propaganda posters, pop culture, the energetic and edgy realism of artists like Max Beckmann and Otto Dix, and the hallucinatory perspectives and dramatic excitement of the large-scale figure paintings of old masters like Tintoretto and Rubens.

Each painting by Neo Rauch is based on the encounter and the juxtaposition (or even the collapse) of different motifs and narrative elements, featuring figures that may be doubled and multiplied inside the same scene, with sudden changes in atmospheres and time-frames. This convulsive process of overlapping leads to the creation of images that seem to be illustrative, but that in fact are broken up into autonomous, often contrasting episodes, with incessant disproportions and variations in perspective. Neo Rauch’s paintings can thus be seen as “mappings of forces” in which every element represents the intersection or focus point of an energetic and visionary assortment of scenes, rather than a coherent and comprehensive narration.

Rosa Loy’s figurative language is apparently more fluid than that of Rauch (with a feeling of lyrical abandonment) but it is equally dreamy and ambiguous: her paintings are always centred on the double aspect of the female, often represented by the doppelgänger, and the enigmatic – and sometimes squalid or violent – relationship between two figures moving in an intimate and familiar environment, such as inside a house or a garden. Rosa Loy’s paintings, like those by Rauch, present the viewer with archetypal images – full of psychoanalytic implications – the meaning of which is reinforced by the potentially symptomatic juxtaposition of details and elements and by an elliptical construction without stable reference points. They have an illustrative appearance that contrasts with the enigmatic and elusive quality of the stories represented, in a way that is also typical of surrealism.

The title of the exhibition, La Torre, refers to the building in which it was located, as well as its symbolic implications. The works of the two artists were displayed on six floors to permit a comparison and a dialogue between their two different approaches, progressing upwards to the top floor, with its broad panoramic view of the city, which was also significantly related to the works on display. In fact the evocative image of the tower appears in many of Neo Rauch’s paintings, often in the background. This element that suggests a possible narrative is reminiscent of the folk traditions and fairy tales that have always fuelled the artist’s visual imagination.

The show was held from Friday to Monday from May 5th to August 30th from 11 am to 6 pm.

Advance booking was recommended on account of the limited access due to the particular architecture of the Torrione. 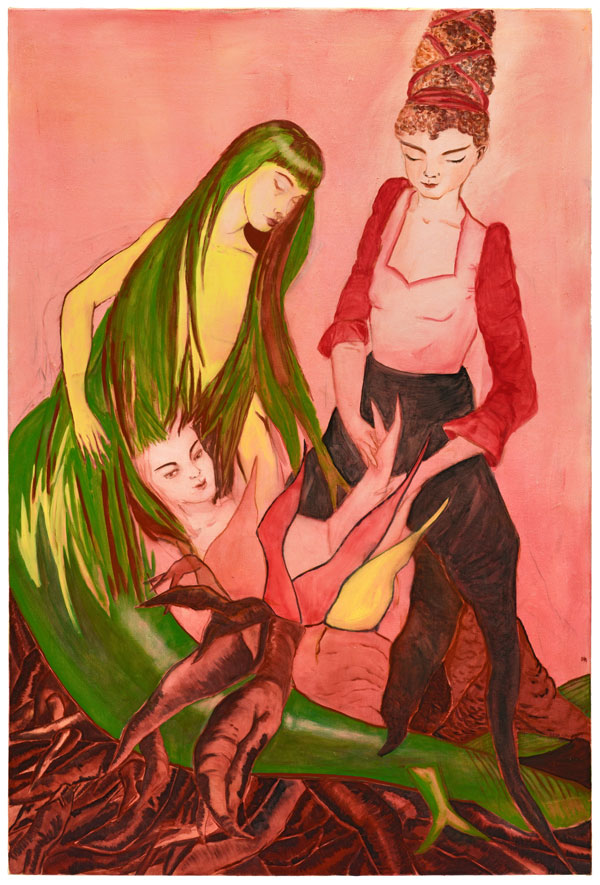 Open to the public