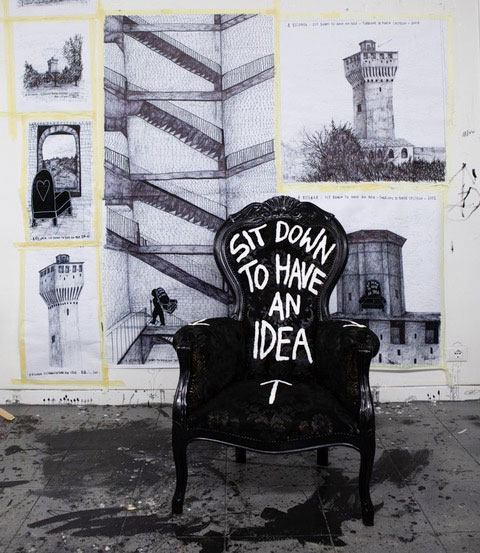 The journey of "Sit Down To Have An Idea" by Andrea Bianconi reaches the heart of Vicenza on July 17th with the performance "The Millennium Chair”, realized by Fondazione Coppola in collaboration with Casa Testori.

The armchair of ideas will reach the Torrione of Porta Castello, the medieval fortification which today returned to life as a space for contemporary art. “The Millennium Chair” is a very intense performance - curated by Giuseppe Frangi - conceived by Bianconi for a new beginning after the umpteenth stop due to the pandemic. The armchair, which for the occasion has been renamed "The Millennium Chair", will be at the center of a procession. A short route on a track that transmits so much intensity, because it connects two very suggestive places: the square of the Palladian Basilica (starting point) and the medieval Torrione. Andrea at 8.00 p.m. will wait in Piazza dei Signori, alone with his chair, in a sort of silent meditation. Always in silence he will choose who among the public will follow him in the path that will take him from the square to the Torrione.
At 8.30 p.m. the procession will start to reach Fondazione Coppola. Bianconi will be accompanied by the music of trumpeter Diego Ruvidotti, a soloist and composer who has collaborated with various artists and directors for whom he has written the soundtracks of films, such as Gabriele Muccino's 'Ricordati di me'.
At 9.00 p.m. the real performance will begin: with the help of a harness the artist will climb to the top of the lantern, the highest point of the tower.
A slow and tiring ascent, on 146 steep steps, up to a height of 41 meters, as if to symbolize the effort required to everyone to hope again. Once the chair will be positioned, Bianconi will activate a beam of light over the city, a message of trust and hope after the long dark period of the pandemic.
From this time onward, the armchair will remain as a permanent installation on the Tower's lantern.

From 09.00 p.m. anyone will be able to climb up the Torrione, sit on the armchair and, above all, activate the lighthouse. Thus resuming the ancient function for which the tower was built in the twelfth century, lookout and beacon harbinger of messages. "This time we will not only be spreading ideas, but also light, the light that will occupy everything after this long period of darkness”, explains Andrea Bianconi. “And for this reason I want others after me to climb the Torrione, sit on the armchair and launch other beams of light: it is a call, an invitation to become aware that every man with his presence and through his action can bring light”. And above all, the message is to provoke new ideas, to restart and be reborn, with the hope of finally getting out of the worldwide nightmare of the pandemic. "Having an idea is everything and maybe never as in this moment is necessary" says the artist. 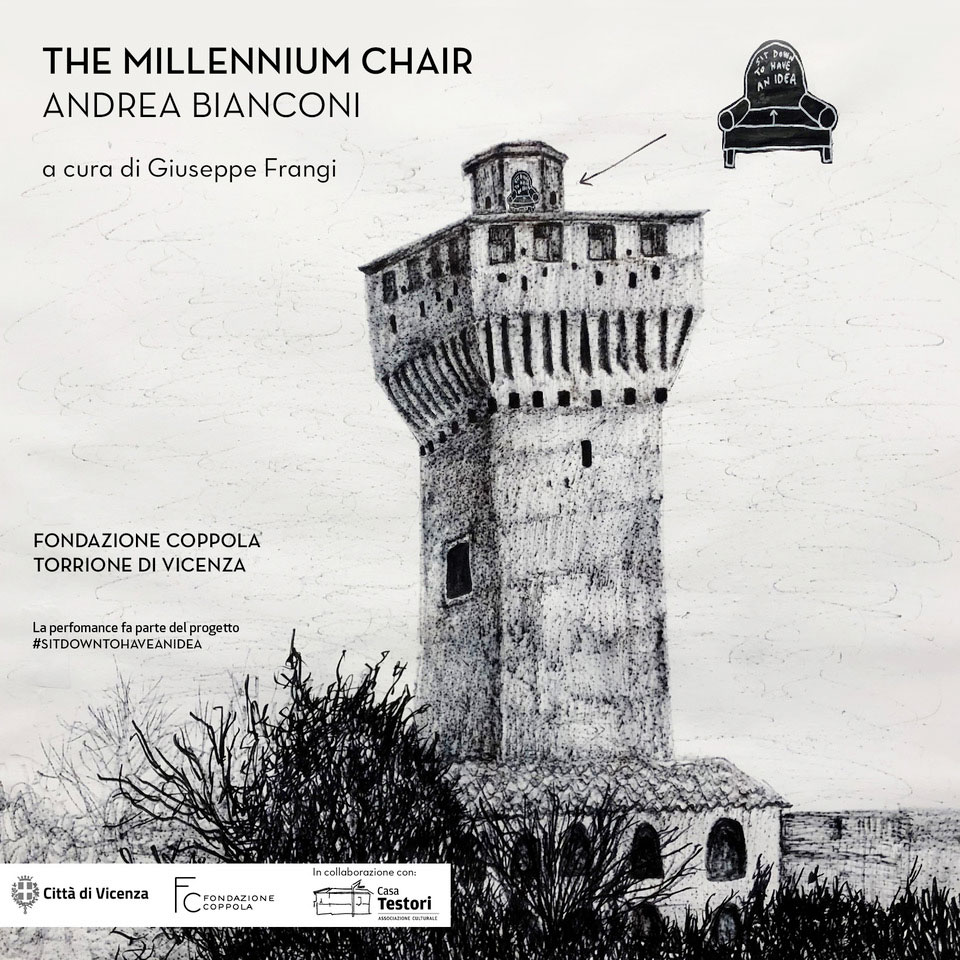 Event
17th July 2021
From 20:00 to 21:00
Curated by Giuseppe Frangi in collaboration with Casa Testori and City of Vicenza 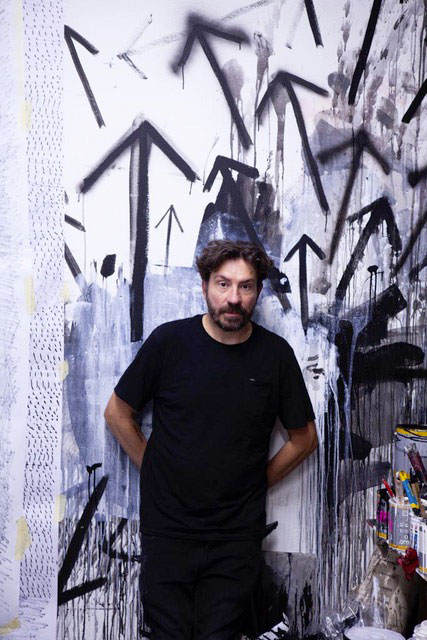 Born in Arzignano (Vicenza) in 1974, Andrea Bianconi lives and works in the USA and in Italy.

His work embraces the various artistic forms of performance, drawings and sculpture, with exhibitions in public museums and private spaces throughout the world. The last project of 2020, SIT DOWN TO HAVE AN IDEA, took flight in Bologna during Arte Fiera. It has touched twenty-four places in the city, making available to the public a similar number of artist’s armchairs.
The project continued in the Teatro Duse of Bologna, in the Piccole Dolomiti with the installation of a work on the Carega summit, in Tropea, in Colletta di Castelbianco and in Chiampo.

In 2019, in the prison of San Vittore, Milan, he appeared in the performance “Come costruire una direzione [How to create a direction]”, a touching event created with the theatrical company of theCETEC Dentro/Fuori [Inside/Outside] San Vittore, in which some of the prisoners take part.

In the same year in Houston, in Texas, in the spaces of the Barbara Davis Gallery, the exhibition “Breakthrough” opened. It achieved first place among “the most brilliant exhibitions of the new season” in an article by the New York Times critic, Meredith Mendelsohn This celebrated American gallery has represented Andrea Bianconi in the USA for over ten years, organizing every year a solo exhibition dedicated to the artist. In 2018, he was the first Italian artist to be invited to Davos (Switzerland), during the 48th World Economic Forum, presenting to Heads of State from all over the world his performance “Voice to the Nature”, an exposé of the ongoing ecocide and a reminder to world leaders of the urgent need to act “now and not later” for the well-being of the planet. The CAMEC of La Spezia invited him for a large solo exhibition that had enormous success with visitors.
Other performances and exhibitions have seen him as protagonist at the VestfossenKunstlaboratorium (Norway), the Galleria Alessandro Bagnai at Foiano della Chiana (Arezzo), the Nuova Galleria Morone (Milan) and, in Palermo, in the crypt of the Church of Santa Maria del Piliere.

He has recently exhibited at the MSK Museum of Fine Arts di Ghent (Belgium) and took part in the 5th Biennial of Moscow with a public performance between the Red Square, the Kremlin and the Manege and a wall installation at the Manege.

In 2011, Charta published his first monograph. In 2012, Cura Books published his first artist’s book “ROMANCE”, followed in 2013 by his second, entitled“FABLE”. Both are part of the MoMA, NYC collection. In2016, Silvana Editoriale published a monograph on the artist’s 10 years of performance,“Andrea Bianconi Performance 2006-2016”.
In 2017, AmC Coppola collection published “SOLO”, a monograph including an interview with the international curator Catherine De Zegher.